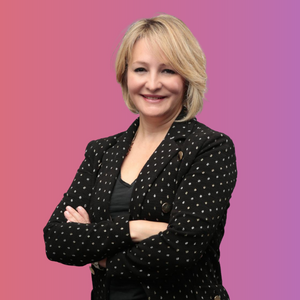 Ayşem Sargın was appointed as the Managing Director and Country Executive for Boeing Turkey in September 2015. Prior to joining Boeing, she was the Government Affairs and Policy Director for General Electric (GE) in Turkey, where she set and led the company’s government engagement and policy strategy, with a focus on expanding growth accross all GE businesses. Previously, Sargın worked as the External Affairs Manager for British Petroleum (BP) Turkey, where she worked on an international gas transit agreement, paving the way for a major pipeline Project.

Prior to her private sector experience, Sargın worked for more than 10 years in the U.S. Embassy in Ankara as a Senior Economic Advisor. In this role, she worked on strengthening U.S. – Turkey trade and investment portfolio, with specific focus on energy, aviation, healthcare and telecommunications sectors.

Sargın graduated from the Middle East Technical University Economics Department. In her early career, she worked in the Treasury Department of Türk Eximbank, where she developed an understanding of financial market operations and export financing mechanisms in Turkey. In February 2019, Sargın was elected as the Chairperson of the International Investors Association (YASED) which represents 85 percent of all FDI in Turkey. Sargın is a Board Member in the Foreign Economic Relations Board of Turkey (DEİK), AmCham Turkey and Şişecam.