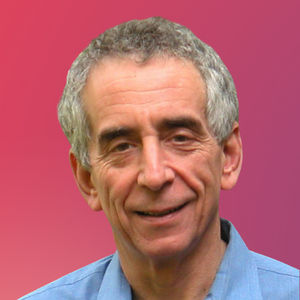 He is the author of many books, including Why We Work (2015), an eye-opening, groundbreaking tour of the purpose of work in our lives, showing how work operates in our culture and how you can find your own path to happiness in the workplace, and Practical Wisdom: The Right Way to Do the Right Thing (2011), a reasoned and urgent call to embrace and protect the essential human quality that has been drummed out of our lives: wisdom.

In 2005, Barry published The Paradox of Choice: Why More Is Less. The message of the book is that too many choices can paralyze people into inaction and cause them to be dissatisfied with even good decisions. It was named one of the top business books of the year by both Business Week and Forbes Magazine, and has been translated into fourteen languages.

Barry is currently a lecturer at UC Berkely's Haas School of Business, and previously served as a visiting professor for NYU's Stern School of Business. He is also the Dorwin Cartwright Professor of Social Theory and Social Action at Swarthmore College, in Pennsylvania. He has been there since receiving his Ph.D. from the University of Pennsylvania in 1971. He has published over 10 books and more than 100 articles for professional journals. His work has been supported by grants from the National Science Foundation, The Alfred P. Sloan Foundation, and the MacArthur Foundation. He is a fellow of both the American Psychological Association and the Association for Psychological Science, and was recently honored by being named a Phi Beta Kappa Distinguished Visiting Lecturer for 2006-07. Among Schwartz's older books are two written for general audiences: The Battle for Human Nature (1986), and The Costs of Living (1994), each of which was awarded the prize for outstanding non-fiction book of the year by the Athenaeum of Philadelphia.