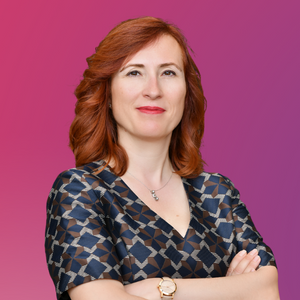 A proven leader in the implementation of HR strategy in multinational corporations. Buket Çelebiöven holds a bachelor's degree in industrial engineering from Istanbul Technical University and a master's degree in engineering management from the same institution. Ç elebiöven, who has been in business for 19 years, was in charge of human resources at Beko Elektronik AŞ. between 2002 and 2005. Later, she worked as the Human Resources Coordinator at Koç Holding A.Ş., responsible for the development of policies and common operations related to Performance, Reward Management and Recruitment processes throughout the Koç Group.

Çelebiöven has been the Human Resources Director of Arçelik AŞ. since April 2009, where she is responsible for all human resources processes in Turkey and 20 other countries. She carried out key projects for the development of the organization and human resources, as well as the execution of global talent practices, as part of Arçelik's globalization and growth process.

Çelebiöven, who also completed his training on CTI Co-active Coaching, provides internal coaching for the managers within the Koç Group.