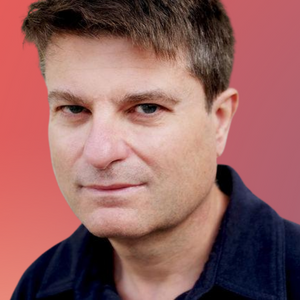 Martin Ford is a futurist and the author of the New York Times bestselling "Rise of the Robots: Technology and the Threat of a Jobless Future" (winner of the 2015 Financial Times/McKinsey Business Book of the Year Award and translated into more than 20 languages) and "The Lights in the Tunnel: Automation, Accelerating Technology and the Economy of the Future," as well as the founder of a Silicon Valley-based software development firm. He has over 25 years experience in the fields of computer design and software development. He holds a computer engineering degree from the University of Michigan, Ann Arbor and an MBA degree from the University of California, Los Angeles.

He has written about the implications for future technology for publications including The New York Times, Fortune, Forbes, Harvard Business Review, The Financial Times, The Atlantic, The Washington Post and The Guardian He has also appeared on numerous radio and television shows, including NPR and CNBC, CNN, Fox Business and PBS. Martin is a frequent keynote speaker on the subject of accelerating progress in robotics and artificial intelligence—and what these advances mean for the economy, job market and society of the future.